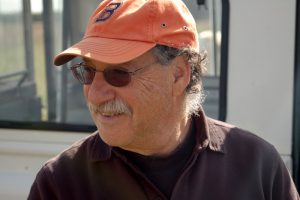 on his book (not quite) Mastering the Art of French Living

The fourth annual Alameda Authors Series, sponsored by, AAUW Alameda and the Friends of the Alameda Free Library, continues with best-selling author and chronicler of life in France,  Mark Greenside.

Mr. Greenside will speak about (not quite) Mastering the Art of French Living, a memoir that details Greenside’s daily adventures in his adopted French home, where the simplest tasks are never straightforward but always end in a great story.

Praise for (not quite) Mastering the Art of French Living

— David Lebovitz, author of My Paris Kitchen and L’appart
Learning how to shop, drive, and eat in France have their own sets of rules, and (not quite) Mastering the Art of French Living tackles them with a soupçon of humor. From buying a lamp to mastering mollusks (oysters), and learning the right—and wrong ways—things are done in France, Mark Greenside perseveres . . . and succeeds.

— Julie Barlow, author of The Bonjour Effect, The Story of Spanish, The Story of French, and Sixty Million Frenchmen Can’t Be Wrong
Failure to speak French has never been so funny! Greenside may never master the gender of French nouns, but he sees straight through the French. A smart, delicious memoir of life off the beaten track in France.

— Susan Herrmann Loomis, author of On Rue Tatin, and proprietor of the cooking school On Rue Tatin in Normandy and Paris
Mark Greenside recounts hilarious experiences only a foreigner can have in France, for they’re the ordinary things of French life that go unnoticed by the locals yet the funniest of things for someone from the ‘outside’!

— William Alexander, author of Flirting with French: How a Language Charmed Me, Seduced Me, and Nearly Broke My Heart
Surely the funniest American to land in France since Jerry Lewis, Greenside ‘masters’ the baffling rules of French life in principle, while mangling them—to hilarious effect—in practice. A delightful pas de deux of humor and wisdom.”

Mark Greenside holds B.S. and M.A. degrees from the University of Wisconsin. He has been a civil rights activist, Vietnam War protestor, anti-draft counselor, Vista Volunteer, union leader, and college professor. His stories have appeared in The Sun, The Literary Review, Cimarron Review, The Nebraska Review, Beloit Fiction Journal, The New Laurel Review, Crosscurrents, Five Fingers Review, and The Long Story, as well as other journals and magazines, and he is the author of the short story collection, I Saw a Man Hit His Wife. He presently lives in Alameda, California, where he continues to teach and be politically active, and Brittany, France, where he still can’t do anything without asking for help.